I love the way my son communicates! At 14 months old he is starting to tell us what he wants, and as his Grandmother said…he is very strong willed! (Just like his parents!)

We have some words…car, mum, dada, hi, byebye, phone, ball, cheers (accompanied by needed to touch his cup to something else!) Then we have an occasional handsign for more accompanied by a half smile and ‘plllllsss’. Then there is the waving of arms and grunting noises towards something! Luckily for us…he doesn’t like a varied amount of things. The grunts are usually for food, drink or the phone. I love his ‘up’ where he runs to us and grabs our legs and looks up! And when he gets in trouble….he definetly has a bottom lip that pops out! But I think my favourite….he understands directions now! ‘Don’t touch’ is followed by action, ‘Where’s mummy’s phone?’ is followed by walking around to find where he last dropped the phone and ‘throw out your diaper’ means Adley will pick up his gross diaper and put it in the bin! YAY! A victory for mum! 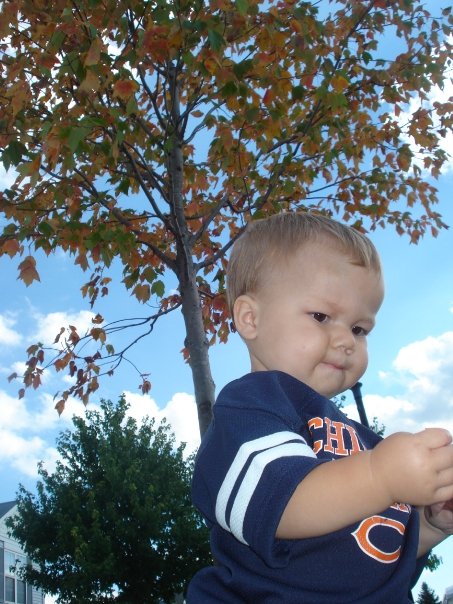